The stock market remains in hailing distance of new all-time highs. However, a series of both strategic and tactical supply and demand indicators are showing negative divergences, which suggests a potentially unfavorable risk/reward condition similar to the conditions prevailing prior to the February and September all-time highs. The negative divergences in many indicators may be erased by re-surging demand relative to diminishing supply, but at this point that process is not showing any hard evidence of beginning in any sustained and substantial way. For example, investors should be alert for the formation of intermediate and major tops, when TATY is in, or near, the red zone surrounding the 140 level. Currently TATY is at 122, substantially below the red zone. Additionally, SAMMY and it’s cohort of tactical supply and demand indicators would likely easily break above the resistance shown by the horizontal magenta line on Screenshot-165, if the bull market is to resume making new all-time highs for weeks, or months, to come.

While negative divergences can be erased by subsequent market action, for the time being these continuing negative divergences are best interpreted as warnings that potentially not all is well with the rally. This implies a potentially negative risk/reward ratio for investments chasing new all-time highs. The burden of proof remains upon the bulls to prove they can remain in control of not only the price, but the metrics showing sustained improvement in the balance of re-surging demand over diminishing supply. Until this evidence arrives in a sustained, and substantial way, then investors may expect a more volatile investing environment than usual.

The impotent bears have failed to follow through and take charge of the stock market following every initial sharp decline for weeks now. This behavior has served to put in place progressively higher and higher levels of support as the rally moved higher in ragged fits and jerks. And, just as it appeared the bulls had summoned enough strength to power the price to new all-time highs, they too appear to have come down with a case of impotency, as signs of resistance appeared together with some minor evidence of fading demand. So, once again we have ended a week without decisive evidence of which camp, bull or bear, will be in control after the election, now barely a fortnight away. However, conditions remain favorable for continuing volatility. 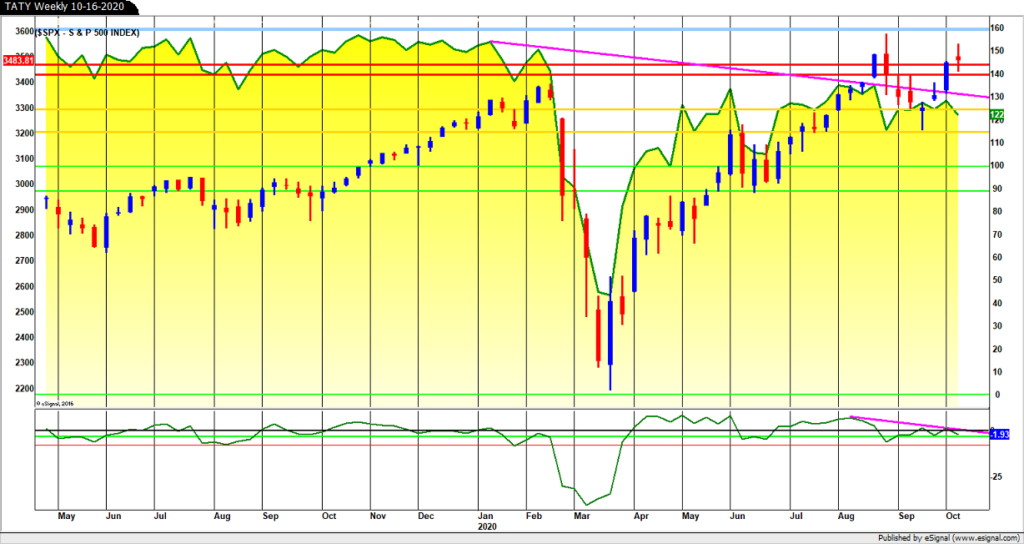 TATY is shown above in yellow with the S&P-500 overlaid in red and blue candle chart format. TATY finished the week at 122, which was well below the negatively diverging magenta down sloping line in place since the February top, which at the time was an all-time high. Sharp eyed investors will also note that the premium/discount to value indicator in the lower panel of the TATY chart also has a negative divergence in place, and is below the zero line, which is indicative of weakness.

TATY has never led the price higher following the March 23 bottom, which is abnormal and atypical behavior. And, the continuing negative divergence is hard evidence that the forces powering the price higher are cumulatively weaker on a net basis than at the February high. This objectively measured change in character in the conditions under-pinning the stock market continues to be a concern, and suggests the risks implied for gaining every point of price rally higher may come at an unfavorable risk/reward ratio? Given that this situation has never occurred in the history of the indicator, it is impossible to arrive at a statistically valid observation about the implication, but for sure the implication is not a positive.

The bottom line for this section is TATY failed to rally even back to the negatively down sloping divergence line this past week, and the bulls have not yet demonstrated they have the strength to take control of the market, and drive the price to another new all-time high. Advantage neither to bulls nor bears, which suggests an environment perhaps ripe for volatility. However, a continuation in fading numbers for TATY would not be indicative of conditions favorable for the bulls.

Screenshot-165 shows SAMMY in a larger perspective in weekly format. The down sloping dashed magenta line on the weekly chart, in like manner as the same setup on the daily chart prior to the September 2-3 all-time high, was a warning that the February all-time high may be a trap. Unfortunately, because the January-February negative divergence was not occurring as part of a “Big Chill” warning, I did not give it the consideration it subsequently proved it deserved. Looking for the first step in a “Big Chill” warning, the stock market served us up a “Big Freeze” in the form of the swiftest decline to 20% down from an all-time high in history. And, the news of this past week provided some evidence that insiders were being briefed that a deadly pandemic loomed on the horizon, as the official line was there was nothing to worry about. Historic moves in the markets simply do not happen out of the blue.

So, what is Screenshot-165 telling us now? Well like TATY, SAMMY is implying that perhaps not all is well with the rally, as the indicator has been unable to sustain itself above the horizontal magenta line since the March 23 bottom. The price touched a new all-time high on September 2-3, but SAMMY remains dramatically below it’s level of the February all-time high, a huge negative divergence, if you will. And, after the consecutive failures on the part of the impotent bears to take control of the market, the bulls by way of contrast have failed to drive SAMMY to new highs along with the price. The bulls put on a weak rally this past week, but failed to extend it to a new rally high, nor generate enough internal strength to break SAMMY out above the horizontal resistance line on a sustained basis. This suggests that if the price does make a new all-time high with TATY and SAMMY negatively diverging, and also unconfirmed by other indicators not shown, then the indicators will be suggesting any new all-time high may be another trap in like manner as the February and September all-time highs. 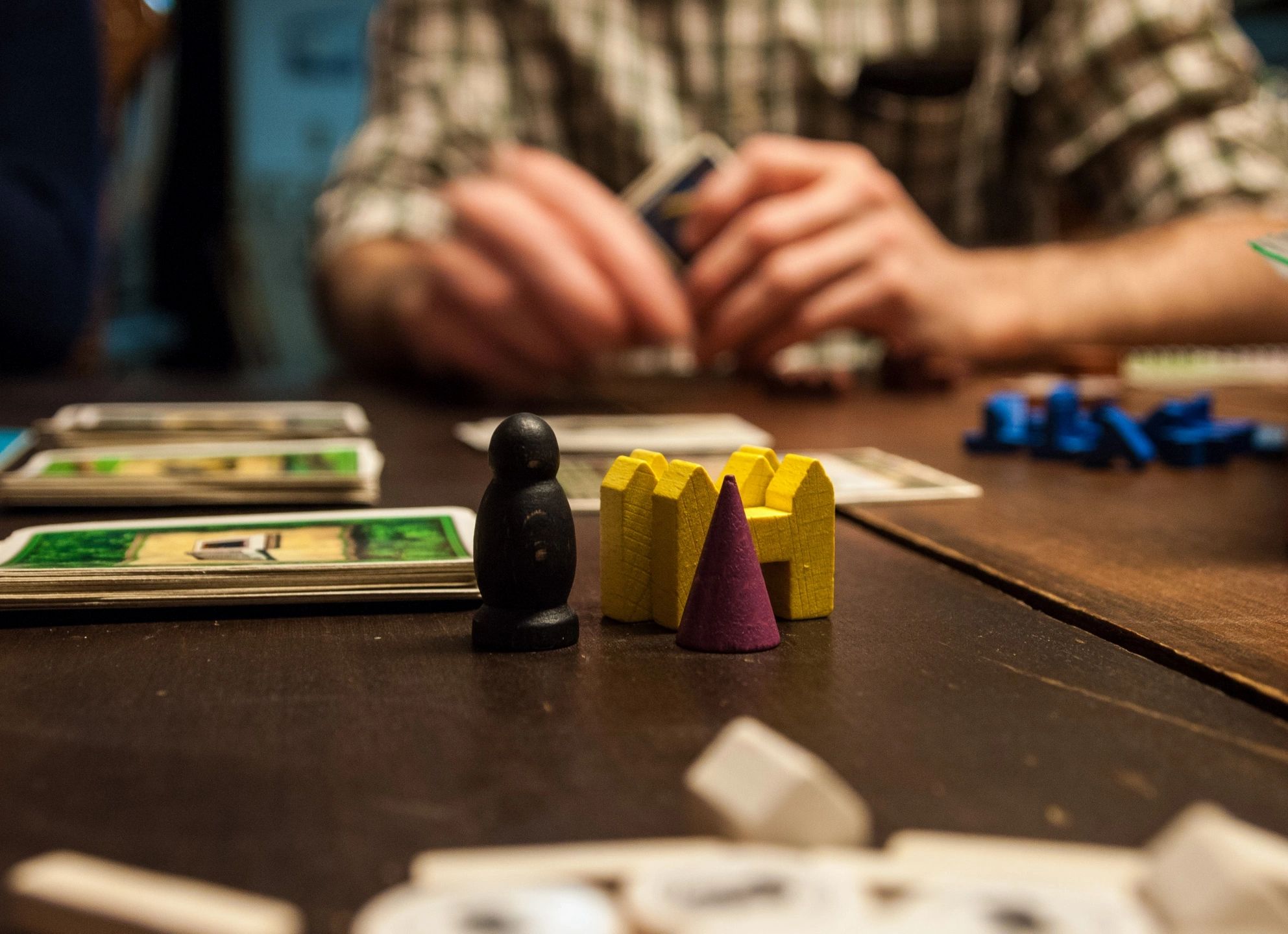 A World of Risk 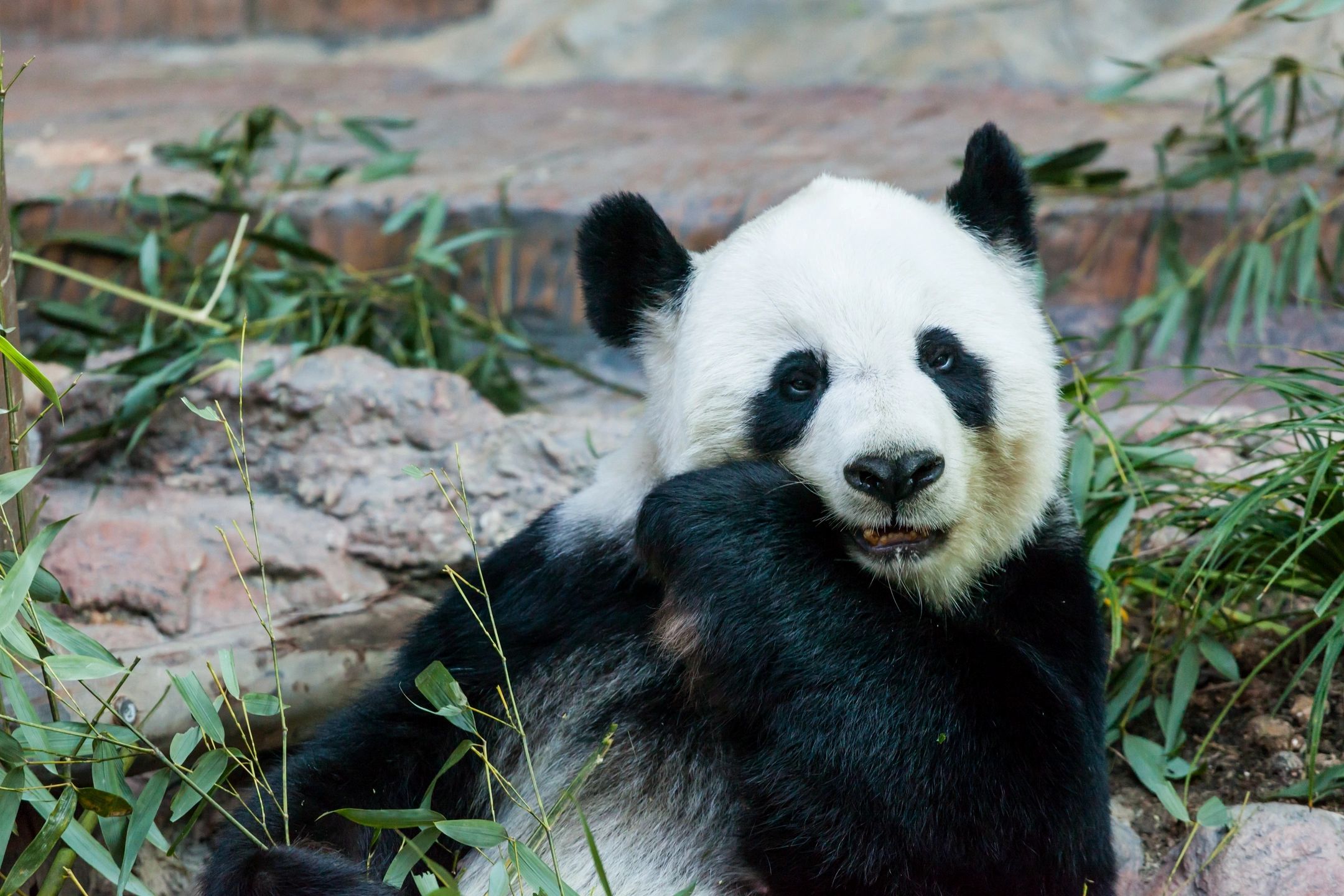