Investors should be prepared for increased volatility in both the bond and equity market as the calendar turns deeper into the fall, and likely into 2021, or perhaps even longer. Negative interest rates are hard evidence that the bond market has touched an historic extreme, and abnormal and atypical behavior in families of strategic and tactical supply and demand indicators suggests a potential for “a change at multiple degrees of trend” for both the equity and bond market.

If such a transition from a bull to bear market in both bonds and stocks is getting underway, then the implications for wealth destruction, with very serious negative potential consequences for individuals, businesses, institutions, corporations and government at all levels, which are heavily burdened with debt. With regards to equities, this potential transition may have begun at the September 2nd all-time high, or may be delayed until after the completion of another assault on new all-time highs. Regardless, until near across the board negative divergences in strategic and tactical supply and demand indicators are erased, then the potential for “a change at multiple degrees of trend” with significant implications for the economy as a consequence.

We human beings are subject to being influenced by our evolutionary past, and imbedded in our DNA is our tendency toward “fight or flight”, when we are confronted by a physical or emotional threat. This instinct served our species well, when we were vulnerable to becoming prey to predators, which were swifter and stronger. However, eons later our “fight or flight” instinct may not serve us well in the highly emotional arena of the markets, which history shows causes most investors to buy into tops, and sell into bottoms. This non-virtuous cycle happens over and over, and always for similar reasons, though the nuance may change from episode to episode.

At significant tops the emotion of “fear of missing out” tends to take over causing investors to buy even as valuations tend to become more and more expensive compared to historical norms. The September 2nd top is a good example of the “damn the valuations” psychology at work at tops, as valuations according a Schiller exhibit were at the fourth highest in 125 years, even exceeding the multiple at the famous September 3, 1929 top. An award winning White Paper by the late Paul Desmond of Lowry Research once documented that although all tops since 1925 exhibited the phenomenon of investors crowding into the fewer and fewer overvalued stocks, which were still in uptrends, this did not prevent investors from over weighting these surviving winners in their portfolios. History shows this emotional process, driven by the psychology of missing out, tends to continue until there is a sharp break in the market, which then tends to inject some sobriety into the psychology of investors. 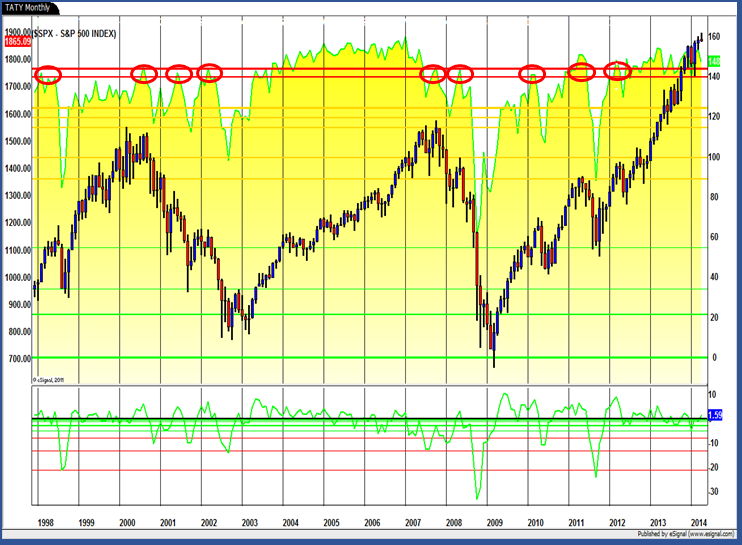 In 2014 I did a presentation for a group of wealthy investors in St. Simons Island. The second chart above labeled “Taty Tops” is an exhibit from that presentation. This exhibit is a graphic representation of the psychological process documented in Paul Desmond’s White Paper. The sample showed the most recent significant tops at that time, and how the strategic indicator “TATY” represented the topping process. The chart is in monthly format to show the tops beginning with the “Long Term Capital” debacle in 1998 through 2014, a period when the stock market was roiled by bear market declines. In each case the “animal spirits” and giddy euphoria attendant at significant tops was shaken by breaks in the market, which I termed a “Big Chill” warning, not unlike an “Indian Summer” day in late September, or early October, suddenly turning into a very chilly evening, warning that the dark cold days of winter were looming just ahead.

In terms of stock market behavior, a “Big Chill” tends to go down the spines of investors, when the market suddenly breaks during the “can’t get enough” of the fewer and fewer winners phase, and the psychology suddenly turns toward a “flight” to protect wealth, should the market mount another rally. In terms of the “TATY” indicator, readings during the run up into the top would typically stay above the red zone beginning at the 140 level, and bottom in the red zone on brief dips as the price touched new high after new high. When a “Big Chill” break occurred, then the indicator would drop down into the caution zone surrounding the 115-125 level. When the following assault on new all-time highs began, TATY would refuse to confirm the price rally, and stall out in, or near, the red zone.

Obviously, TATY provides for objective and valuable market driven information for identifying what is normally a difficult decelerating, degradation, and often time consuming topping process. The “Big Chill” warnings were clock work accurate for three decades, and the February top at what was then an all-time high resulted in a typical negative divergence, but alas the swiftest price decline to down 20% from a recent all-time high in history caused TATY to drop right through the caution zone as the price continued on it’s way to down over 30%. So, no typical “Big Chill” warning, and no typical recovery as the indicator failed to lead the price higher after the March 23 bottom.  So, what do these statistical outlier readings in a number of indicators mean, and what do they imply about what is to come next?

After serious consideration, and a review of lots of data, I’m inclined toward the notion that TATY, and other families of strategic and tactical supply and demand indicators, are suggesting the scale of the February and September tops may be orders of magnitude larger, than just a run of the mill significant stock market top. The failure of TATY to recover much past the caution zone may be telling us something about the “degree” of potential trend reversal at work, even if the stock market serves up another assault on new all-time highs. And, the bond market may be the key to answering that conundrum, because I have colleagues in this business, which continue to make the case that the interest rate cycle, which typically lasts for decades, is now reversing, or has already reversed from down to up.

Markets tend to excess both at tops and bottoms, so negative interest rates are certainly evidence that the bond market (interest rates) has reached an extreme of historic proportions, which may cast a long shadow on the equity market, given the debt binge on the part of individuals, businesses, institutions, corporations, and governments at all levels. If negative rates are evidence of a potential historic reversal in interest rates, then is the atypical and abnormal behavior in the TATY indicator going “Big Freeze” instead of its normally reliable “Big Chill” warning evidence of a potential change in trend in the equity market to match the “degree” of potential trend change in the interest rate market? A huge amount of wealth is in the process of becoming at risks, if the answer to that important question is “yes”. If the bond and equity markets are in the process of reversing “at multiple degrees of trend”, as one of my mentors and colleagues believes, then this transition process will likely accelerate at some point in the weeks and months ahead. And, a reversal “at multiple degrees of trend” would certainly imply a change toward the atypical and abnormal behavior recently being exhibited by families of strategic and tactical indicators. 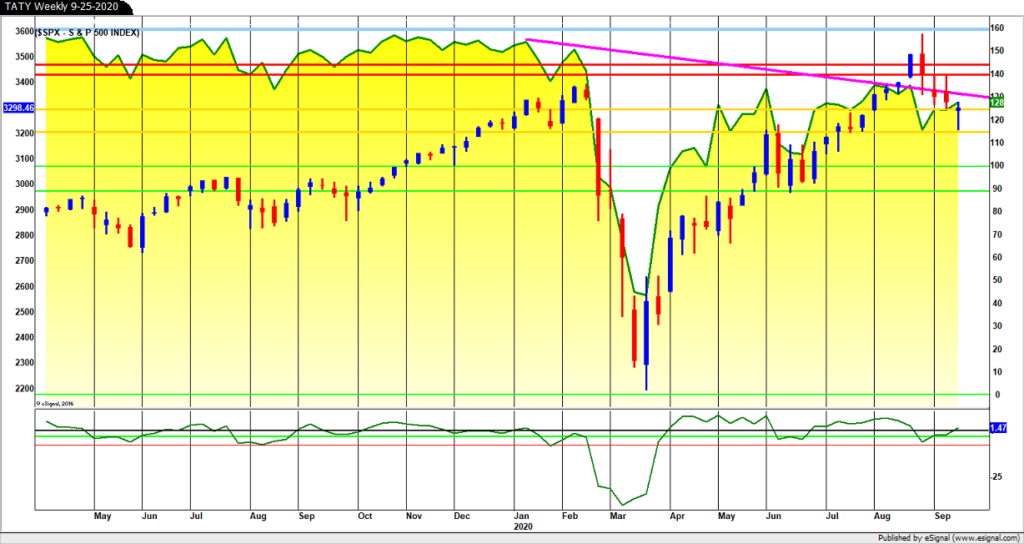 TATY is shown above in yellow with the S&P-500 overlaid in red and blue candle chart format. TATY finished the week at an oversold 128 level, and has never mustered enough strength to reach into the red zone, which continues its atypical and abnormal behavior given the price recently attained a new all-time high. This implies that in spite of the recent new all-time highs potentially not all is well with the stock market.

The yawning negative divergence in TATY remains in place. If TATY cannot generate enough strength to break higher toward the red zone vigorously, then the implication is lower prices may be required to re-invigorate demand. Should TATY begin to decline, and the price of the S&P-500 close first below 3200, and then consecutively, and in short order 3000, then the probability for an accelerating decline will rise significantly. On the contrary, should support in the zone between 3000-3200 hold, then investors may become encouraged and mount another assault on new all-time highs. 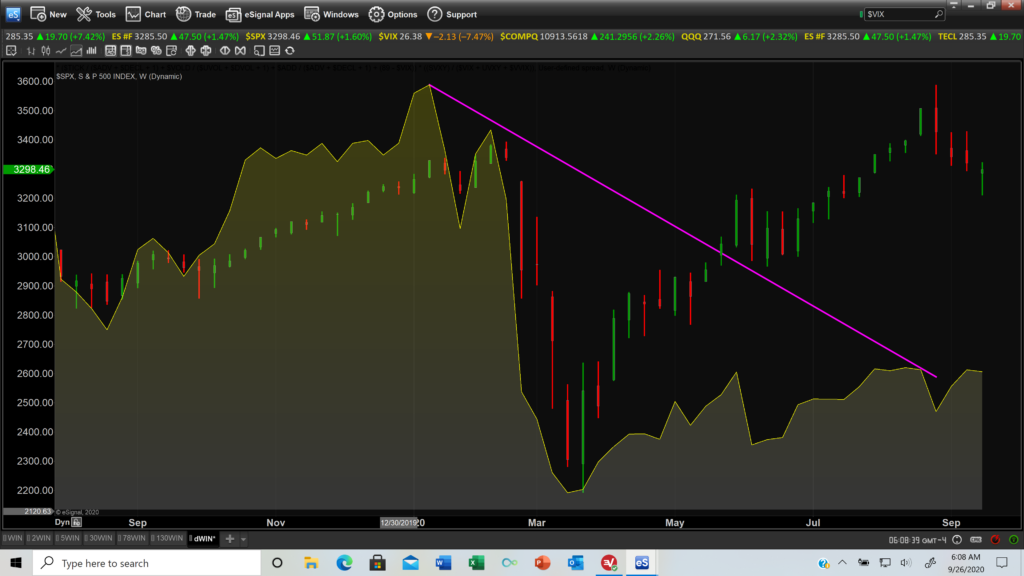 SAMMY is shown above, in weekly format, and and below in daily format. Snapshot-157 isand shows SAMMY correctly warning not to follow the crowd as it stampeded into the “can’t get enough” top in February, and the tech heavy top on September 2nd. The negatively diverging SAMMY is shown with a down sloping magenta line, and confirmed the same information being displayed by the down sloping magenta line in the strategic indicator TATY. The SAMMY daily chart in Snapshot-158 shows the extreme negative divergence at the September 2nd high with a dotted magenta line. SAMMY also positively diverged with the price as the recent bounce was getting ready to get underway, although for the reason of not cluttering the chart the positive divergence is not drawn on the chart. 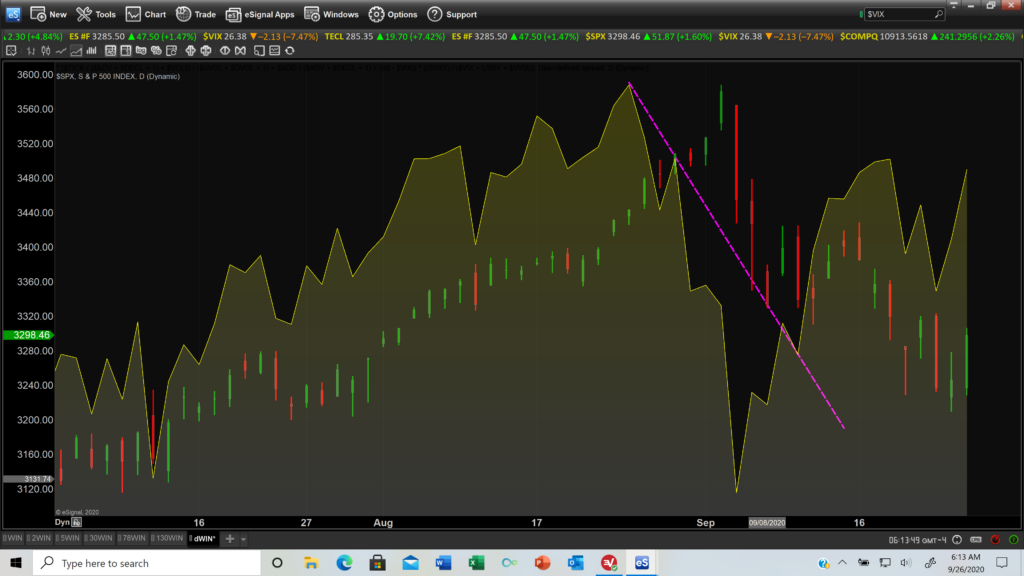 The implications of both the TATY and SAMMY indicators is the same. A candidate top for a “change at multiple degrees of trend” formed at the September 2nd  all-time high, or may form during a rally after the current correction ends, likely in the zone surrounding the 3000-3200 level of the S&P-500. As long as the profound negative divergence in most supply and demand indicators remain, even if another assault on new all-time highs develops, then the implication is the longest bull market in history may be ending, and a significant correction, or new bear market of unknown degree may be posturing to get underway. 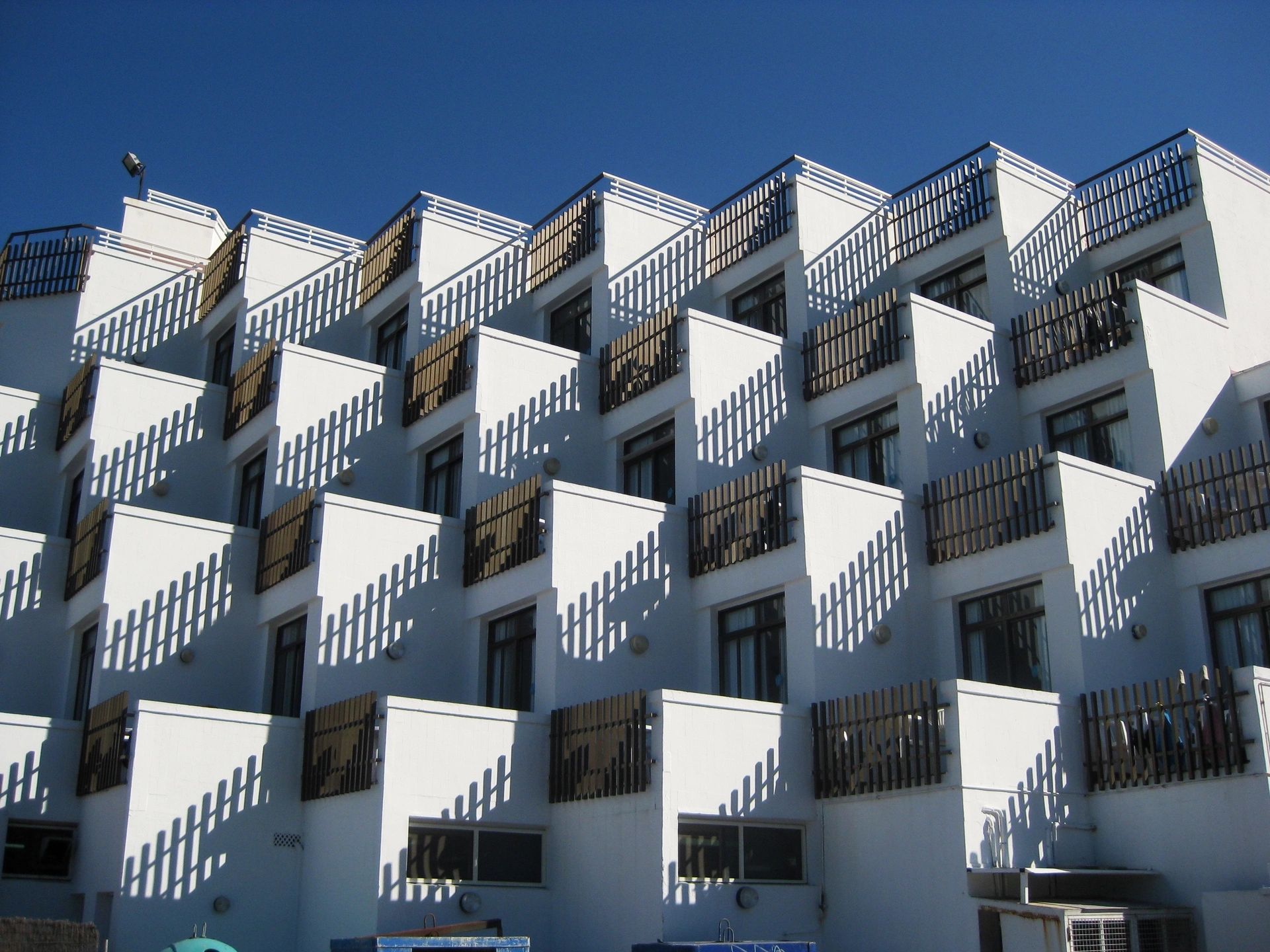 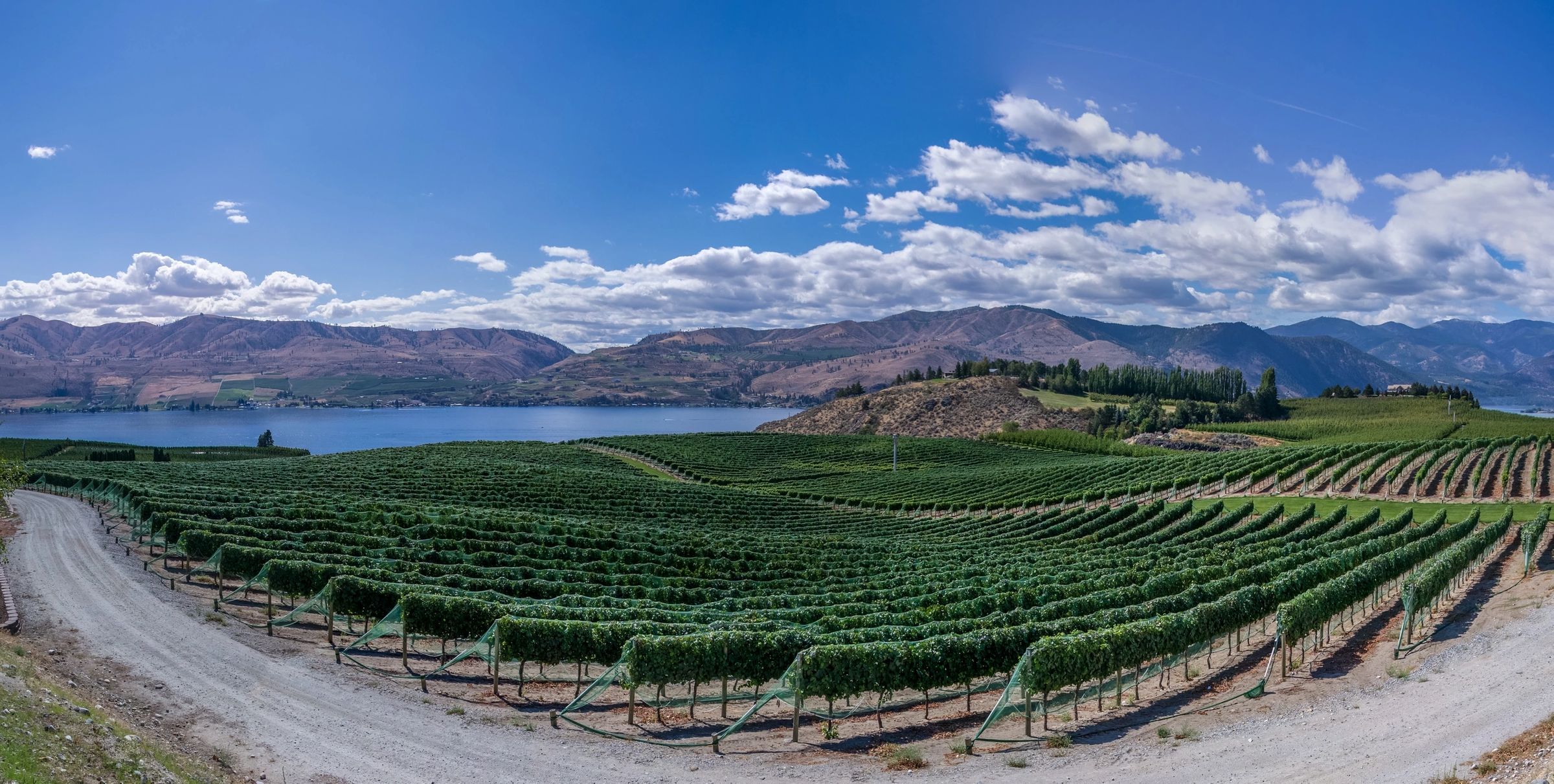 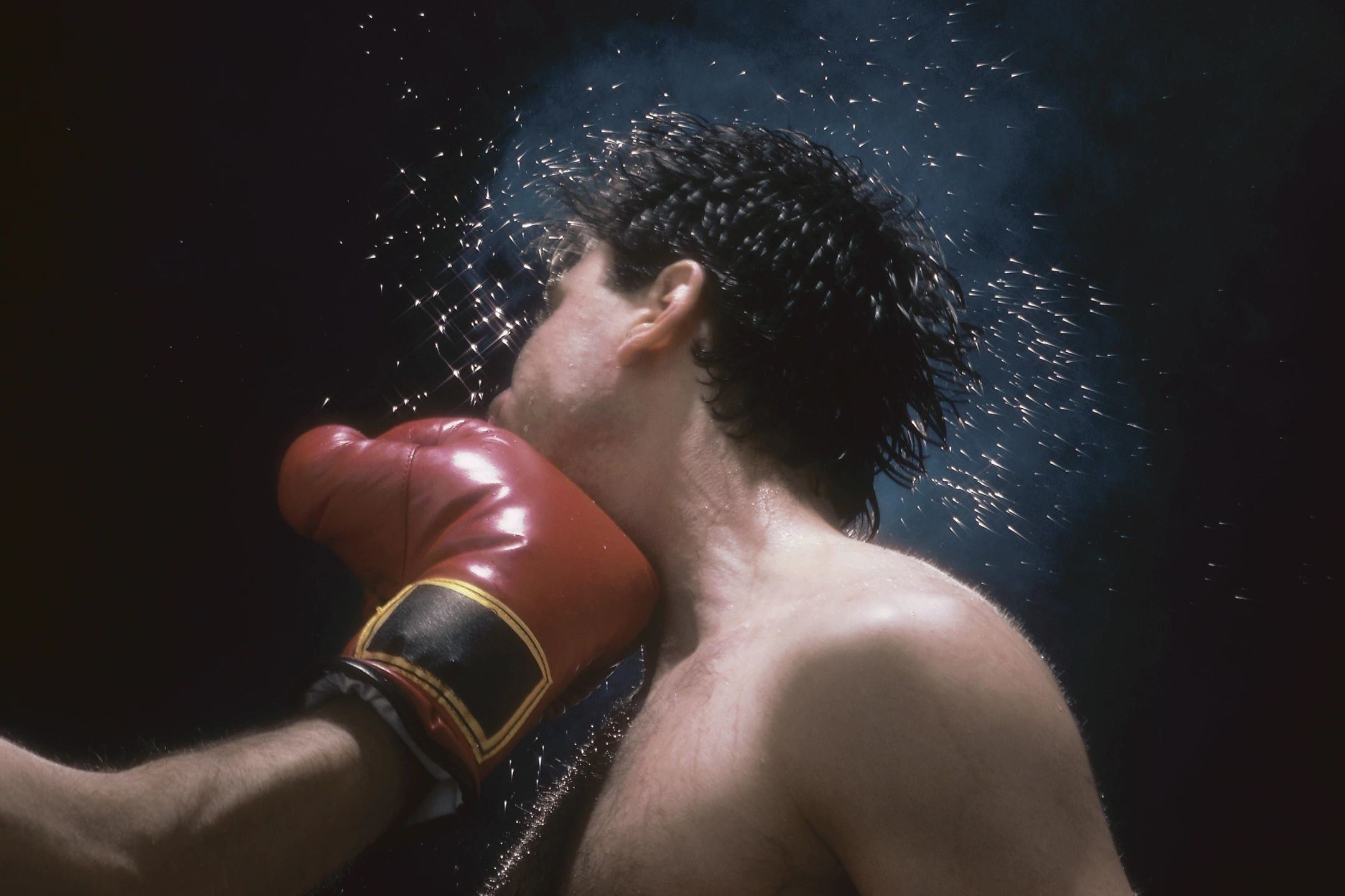